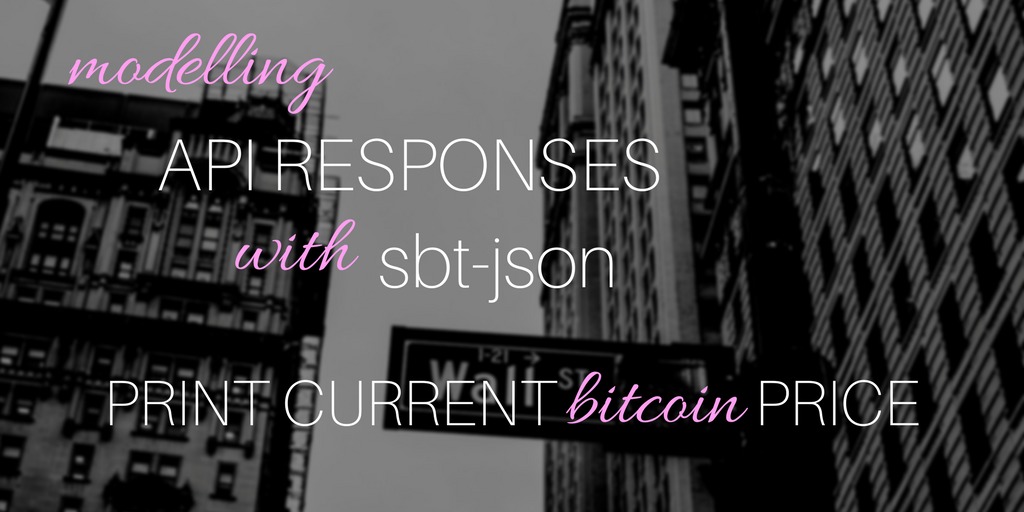 The plugin makes it possible to access JSON documents in a statically typed way including auto-completion. It takes a sample JSON document as input (either from a file or a URL) and generates Scala types that can be used to read data with the same structure.

Let's look at a basic example, an app that prints the current Bitcoin price to the console.

Install the plugin and add the play-json library dependency.

In the build.sbt file we have to enable the plugin by adding this line:

Add the dependency to the play-json library:

You might want to run reload if sbt is running.

By default the plugin analyzes all files in src/main/resources/json with a .json extension and generates Scala case classes that represent the corresponding JSON schema.

It is also possible to specify URLs that serve JSON data for case class generation.

Let's add a public URL from the coinddesk API to retrieve the current Bitcoin price to the build.sbt file:

Run reload and compile in sbt.

On the sbt compile task the Scala case classes are generated in the package models.json.currentprice.

First we have to import the play-json library and the generated JSON models:

Now we can get the API response like this:

Because sbt-json generates play-json formats by default, we can parse the result to a JsValue and implicitly cast it to the generated Scala case class:

Finally we can access the required fields as they are represented as plain old Scala case classes with auto-completion enabled and print the current Bitcoin price in EURO on the console:

There are a few more settings that can be used to configure the case class generation process and there are features that are not discussed here.

Contributions are very welcome and highly appreciated. You can contribute by sending pull request, by reporting bugs and feature requests here, or by giving feedback and suggestions for improvement.