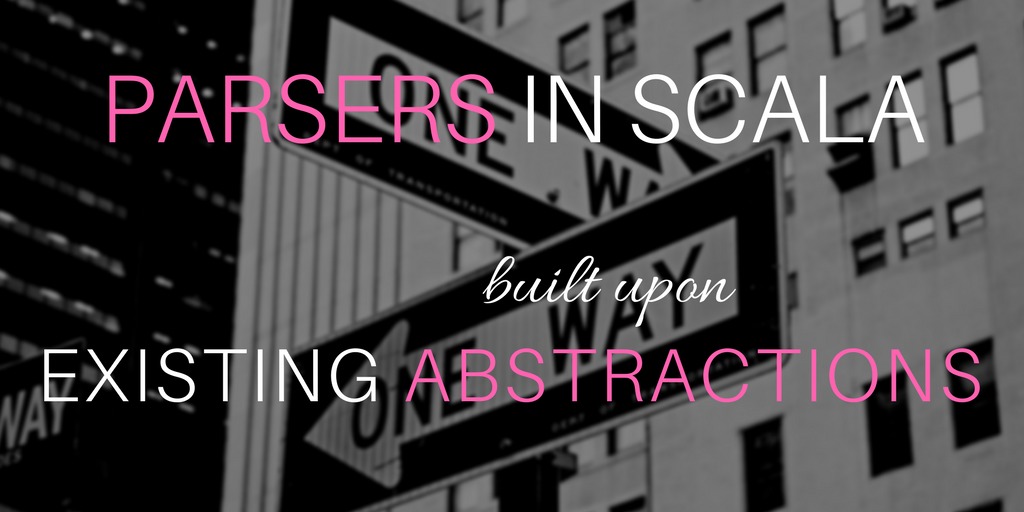 After some initial struggles, the chapter Functional Parsers from the great book Programming in Haskell by Graham Hutton, where a basic parser library is built from scratch, significantly helped me to finally understand the core ideas of parser combinators and how to apply them to other programming languages other than Haskell as well.

While I recently revisited the material and started to port the examples to Scala I wasn't able to define a proper monad instance for the type Parser[A].

To test the monad laws with discipline I had to provide an instance of Eq[Parser[A]]. Because Parser[A] is a function, equality could only be approximated by showing degrees of function equivalence, which is not a trivial task.

Also the implementation of tailRecM was challenging. (I couldn't figure it out.)

END_OF_DOCUMENT_TOKEN_TO_BE_REPLACED

This website uses cookies to improve your experience while you navigate through the website. Out of these, the cookies that are categorized as necessary are stored on your browser as they are essential for the working of basic functionalities of the website. We also use third-party cookies that help us analyze and understand how you use this website. These cookies will be stored in your browser only with your consent. You also have the option to opt-out of these cookies. But opting out of some of these cookies may affect your browsing experience.
Necessary Always Enabled
Necessary cookies are absolutely essential for the website to function properly. This category only includes cookies that ensures basic functionalities and security features of the website. These cookies do not store any personal information.
Non-necessary
Any cookies that may not be particularly necessary for the website to function and is used specifically to collect user personal data via analytics, ads, other embedded contents are termed as non-necessary cookies. It is mandatory to procure user consent prior to running these cookies on your website.
SAVE & ACCEPT